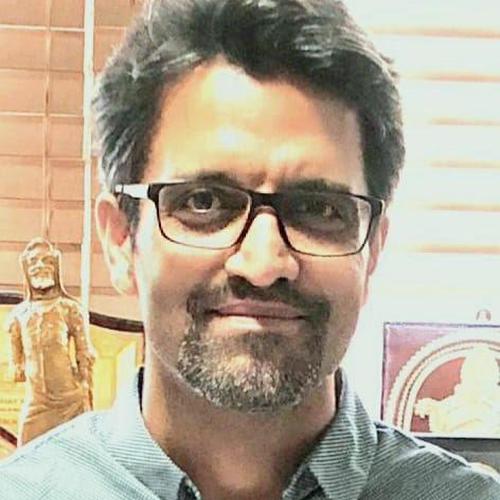 Talks covered by this speaker

Yoga as systems approach to health and wellness

Akshay Anand graduated from Post Graduate Institute of Medical Education and Research (PGIMER). After obtaining his post-doctoral training at the same Institute, he joined the University of Kentucky as Scientist II. After serving there for two years, he returned to join faculty of Department of Neurology PGIMER. He was instrumental in setting up the Neuroscience Research Lab which is compliant to GLP principles. He is a strong advocate of science entrepreneurship and integrative health paradigm. Dr Anand is a research improvement specialist who is interested in understanding the molecular mechanisms of neurodegeneration utilizing invitro, invivo, alternative and biotherapeutic approaches. His other research interests range from analyzing the role of genetic and other risk factors that modify ALS and AMD to screening of novel drugs and Yoga modules for memory enhancement and wellness. He has also been involved in the discovery of animal model of AMD published in Nature Medicine. Dr Anand was nominated for prestigious Padma Award, 2020 besides being honored by UT Police for exemplary work in advancement of Yoga research. He has been awarded for ICMR Amrut Mody Unichem Prize-2012, Annual PGI faculty award-2013, 2014, Sardar Vallabhbhai Patel Foundation 9thInternational Prestigious Sardar Patel Award, 2014, ICMR Shankuntla Amir Chand Award (2010), Young Scientist Award from DAE (2005), Retina Research Foundation / Joseph M. and Eula C. Lawrence Award (2003), Runners up for NASI Scopus Award for Biological Sciences (2012), served as Judge at ISEF, USA (2002-3), obtained over 2 dozen International travel awards besides mentoring his PhD students to lead the Swacch Bharat campaign for which the team was awarded the Bharat Nirman Award in the Behavioral change category by Ministry of Science and Technology (IISF, 2017). He is the Editor in Chiefof Annals of Neurosciences the official journal of Indian Academy of Neurosciences and Journal of Integrative Medicine Case Reports (IMCR), the official Journal of Swami Paramhansa Samsthana, former EIC of Integrative Medicine International, the official journal of Karger besides serving on Editorial board of Nature Scientific Reports and Neuroepidemiology. He is also Reviews Editor of Frontiers in Behavioral Neurosciences and on Editorial Advisory Board, User-Driven Healthcare and Narrative Medicine: Utilizing Collaborative Social Networks and Technologies and other International Journals. Dr Anand is the guest faculty in the Human genomics program of Panjab University and former advisor to the local chapter of Indian Muscular Dystrophy Association. He has over 200 publications (179 as corresponding author)in International peer reviewed Journals besides filing 4 patent applications. He was also designated Expert on Mission by ICGEB, Trieste for Intellectual property and is the resource faculty for various national and International forums and academic and regulatory committees. He serves as Visiting Professorof Kyoto University of Medicine and Visiting Distinguished Professor inSwamiVivekananda Yoga Anusandhana Samsthana (S-VYASA) and earlier served with Lesya Ukrainian Eastern European National University, Lutsk and Sri Sri Institute of Advanced Research, Bengaluru as its Visiting Scientist. He has continued to remain funded for research since he joined as faculty with an average of 4-5 grants at any point.

We use cookies This website (and some of its third-party tools) use cookies. These are important as they allow us to deliver an exceptional experience whilst browsing the site.